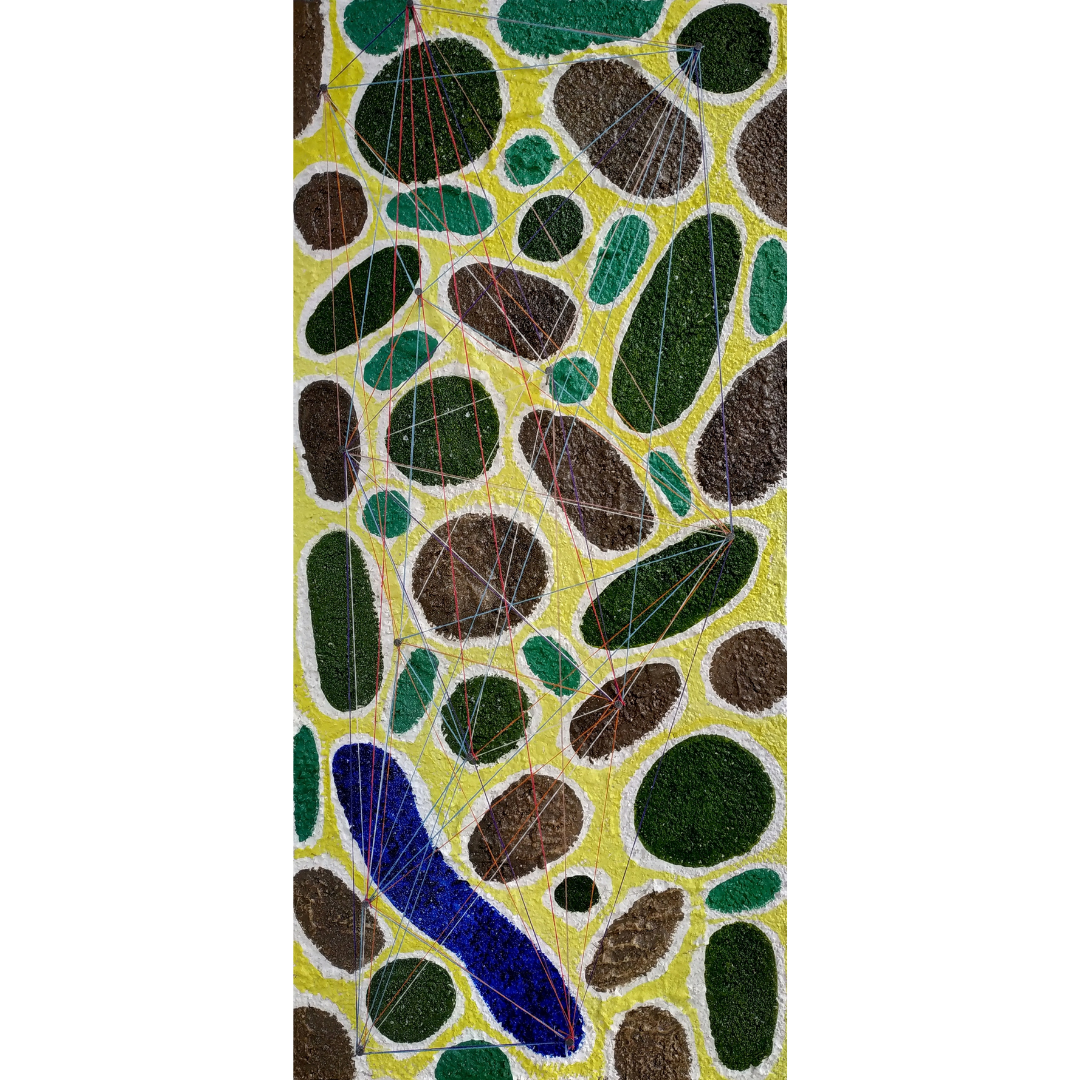 Do you know about Perceval`s myth? It is a myth about a young guy who during a long journey has found himself and became a man. The Myth was written in the 12th century and also know as Holy Grail Myth. And Perceval as a Grail hero. It is a very spiritual story, where Graal is your identity, not a cup.

So I thought about the myth and the male. And I found that I expressed the part of this story in my Art Plays by contemporary art. My Molecule is a male, who is trying to find his female, himself, identity, investigate his inner and outer world.

But I wanted to make this journey less complicated and I`ve done "Perceval`s Dream" artwork as an ironic episode. I imagined what dreams can see the medieval European young man during his world discovering.
I imagined how Perceval fell asleep and had a dream. What about it could be?

I`ve put The Molecula as Perceval`s personification and made bright outer world. I imagined that Perceval`s dream could be about something extraordinary and opposite to his life, like conscious
unconscious. So it could be The Molecula on the back of a giraffe in a sunny hot African day.

Also, I made a layer by threads as a metaphor for destiny threads. Something, that we can`t control, but it is a part of our spontaneous life.

And we never know how long will be your path to your own Holy Grail.

Ask about the availability and the price by email kotobrie@gmail.com

● The artwork is ready to hang
● Signed on a back
● Certificate of Authenticity included
● You can combine this painting with others to make a polyptych
● Worldwide shipping during 2-4 weeks by UkrPoshta or express shipping by DHL, UPS - during 5-10 business days.
● You can pay via PayPal, Payoneer or Western Union